This is a topic for discussion of computers and operating systems, and the various merits and demerits thereby. This is also a place to discuss custom computer builds and possibly any technical issues that you may be having with your computer, with the important caveat that none of us are certified repair technicians (at least, as far as we know) and that you should probably call technical support for your specific OS or device to resolve said problems, as that is generally faster.

(I decided to make this because it got brought up in the games topic, and also because it was an Aetherlight topic too, so that’s a thing.

I have a Windows - actually, have owned several, and they are all the worst .

When I can put a Windows keyboard and a Windows file-copying system on a Mac that actually works, I’m switching to Mac.

wonders if this is possible

Until then, I’m doing Windows and iPad, because I dig Windows for everything but Garageband and iMovie. Thus I remain neutral in the OS wars with one foot in each camp.

I would also like to have a cool Linux computer just for programming experiments, but I do not have one currently.

Congrats on switching to Mac.

Actually, there are tons of keyboards that are both Mac/PC cross compatible, like from Best Buy or similar. Logitec has some. But the “system” thing, that’s a bit more tricky. I’m sure brainiacs here can answer better than me, but you’ll need to use Paralles, or Virtual PC or simliar. But… the real question is - why would you need to “use” a PC system on a Mac? The majority of apps, software and programs are cross platform compatible. Whether design or Office related. Very rare is it a specific need to “have” to run a PC environment on a Mac. In fact most text based files can very easily convert to .rtf or word or text edit format.

(I decided to make this because it got brought up in the games topic, and also because it was an Aetherlight topic too, so that’s a thing.

I thought of it as soon as I hit the reply button on that discussion, but I feel like I’m still making too many topics.

But the “system” thing, that’s a bit more tricky. I’m sure brainiacs here can answer better than me, but you’ll need to use Paralles, or Virtual PC or simliar. But… the real question is - why would you need to “use” a PC system on a Mac?

My biggie complaint is that the file manipulation and keyboard shortcuts on Mac aren’t intuitive for me. headscratch On Windows, if I want to delete a file, I can just select a file and hit the delete key, and it will be sent to the recycle bin. If I need to move a file between folders, I can just grab the file and move it. On Mac, not so much. The weirdness of the file icons getting scattered is irksome.

(I’ve used Mac at school, so I’m familiar with this.) Combined with the non-intuitive Ctrl/Command key switch between the two operating systems that still gets me every time - I hit the Ctrl key and it doesn’t work, then I have to remember “Oh, I need to hit Command instead.” So basically, addiction to Windows high-speed keyboard shortcuts.

(And I’m familiar with Paralles, too, but anyway…)

hmm. yes, it’s another step from merely pressing the delete key. Albeit you can right mouse click and delete, or drag and drop on trash, etc.

In regards to moving files, absolutely you can drag and move files in Mac. In fact, it’s usually faster and smoother in Mac. And, there are additional perks. Drag and drop into new folder, drag and drop and hold it, then it actually opens up that folder and subsequent folders. A lot more options actually.

The question will be mainly what is your main ultimate goal and purpose in using the system. If it’s for data and information, sure PC is it. If its for more heavy processing, Mac has always been ruler. I used to be PC by day and Mac by night.

But… just know that either way, it’s a familiarity learning curve. But once you get the huge amount of shortcuts there really are to a Mac, most people admit they would never go back. (“Free your mind” - Morpheus)

I used to be PC by day and Mac by night.

LOL! I LIRLed at that.

You know muuuch more about computer stuff than I do.

Hey nice @Xonos_Darkgrate! What is your highest… well… kills?

(I just sent you a request.)

I assume you’re referring to our discussion on PUBG haha?

My highest grade was sSs+ (or something like that), and team-wise, we usually place around 5th or 1st.
My usual tags tend to be Exterminator, Reviver (or was it Healer?), and Slacker (heh).

Favorite gun is the Scar, but getting the parachutes is my specialty.

Hate the Groza though, with all my heart. 8x scopes are my birthday.

(I just sent you a request.)

I’ll check it out haha. is there a time limit on it, because I can’t play for another few minutes?

limits the functionality of some websites

Depends on what you mean by functionality.

not available for iPads

CLOTHES! (This is an awesome topic!)

Fascinating
How can you tell which combinations of one and zero constitute which numbers? 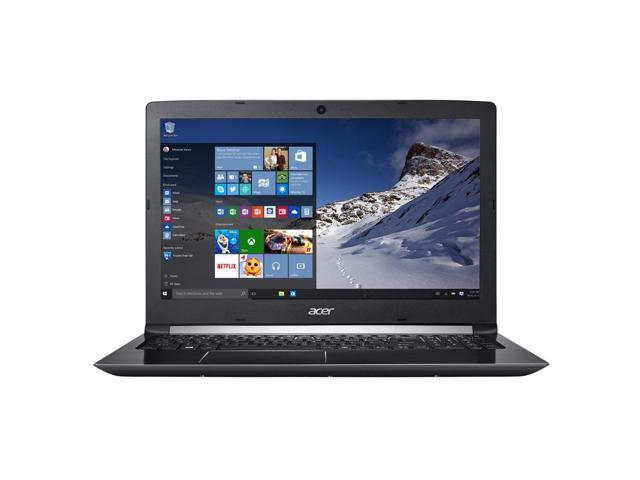 It seems to be a fairly decent machine. However the lack of reviews makes me a little wary. That, and the fact that the overview was written by somebody who was apparently typing too fast to use the space bar. For all that, it seems to be a good deal for the price asked.

Oo, I’m currently shopping for a laptop, myself. My brother recommended this one to me for college.
https://www.lenovo.com/us/en/laptops/thinkpad/thinkpad-p/ThinkPad-P52/p/20M9CTO1WWENUS0/customize?
I don’t know the price range you’re looking for though. This one’s about a thousand.

Hmm. It’s been a bit since I looked at Consumer Reports Ratings of new laptops, but I do remember that Acer and Asus laptops in general tend to be the worst, especially Asus. In general I would consider the Acer to be better, but neither strike me as a good choice.

The Asus does have AMD Radeon graphics, which I hear is better than Nvidia for gaming. I actually had trouble with an Nvidia graphics card when I was trying to install Remix OS on an old laptop…though I do have Radeon on my current HP laptop and I was having Video Scheduler Internal Error BSODs. I think I tracked that down to the OS, though, not the graphics card software. Anywho, Radeon is better because they update the graphics card and keep it up to date, unlike other manufacturers who just leave you to sink.

However, that Asus has an SSD with only 256 GB of storage space. You’ll run through that really quick downloading games and SSDs are prone to failure. Having an SSD is okay but I would go with an SSD/hard disk combo, or at least an SSD with more space. And the processor for the Asus is probably inferior to a Core i7 8th Gen…basically you’re getting ripped off. The Acer’s processor seems out of date, an outdated Core i7 model, as well…

So yeah. I would keep shopping and looking into Dells and HPs instead of Asus and Acer. Specs to look for: 16 GB of RAM, Core i7 8th Gen, AMD Radeon Graphics. You should be able to get that for less than $900.

(My current HP was in the $800 range and I think technically it’s a gaming laptop, but it has a 17 inch screen and the examples you’ve given me are 15.6 inches. Also I forget the model of it anyway.)

You may also want to look into MSI as well, though those computers might be more expensive and out of your price range. But that’s the computer that my brother has, and it’s really cool. They do specific gaming stuff: https://us.msi.com/Laptops

Hm, okay then. Any other suggestions, @SierepicaFuzzywalker?

I was talking to another friend of mine who’s helping me find a good computer, and he says that it’s a reasonably good buy for someone on a budget (which I am.)
To quote him:

This laptop is good for gaming. It has a very nice GPU and a decent CPU. It has a good amount of RAM and VRAM. This laptop also has a very nice screen and and very smooth/clean design. However, This laptop only has 256 GB Storage. About 100-150 GB might already be in use by the OS. The fans on this laptop can also get noisy if playing a Graphics intensive game. Though, that should be expected by any gaming computer. What is impressive is that some reviews on this laptop say that it stays at decent temperatures even on highest settings, which cannot be said about many laptops. Not only does it have all these features, it also is very cheap for a laptop with these specs.
In conclusion, should you buy this laptop? If you are looking for a budget gaming laptop this is definitely a good one. I would highly recommend it especially since it is only $700. This is a video I found on the laptop. I am subscribed to this person and believe that he does know what he is talking about. This video does go more into depth since he actually used the laptop so that he can talk about the pros and cons more in depth. Still, I think that this is great for a budget gaming laptop.

Anyway, I don’t plan on gaming a lot. Just two or three games. So I don’t think a limited amount of memory is too bad. I’m not sure how hard disks work.

Okay, anyway, I just checked out some of the other brands you mentioned @SierepicaFuzzywalker.
You’re right, pretty much all of MSI and the others is a bit too far out of my price range. So far what I found is still the best option.

My main goals are just to find a well-priced laptop that I can play two to three games on with good quality. And for it to be a lasting buy. Since the other computers I’ve got (especially this one :T) just break down after one year.