Oh, hey, welcome to the Jukebox.
I call it the Jukebox because the analogy worked well for a little bit, and the appeal of the name was more precedent than the fact that the analogy ended up not working in the end.

Anyway, this thread is a mix of what I was talking about and an idea I had just a few seconds ago. (Because, I’m that rash (: ) Just follow a few steps:

I can be done as a real-time thing, like a movie trailer. Or it can simply focus on the theme. The point is to be creative.
If it wasn’t clear, post a song and you or whoever else can then write something to go along with that song. The songs are your writing prompts, in other words. Have fun.

Fascinating concept, I believe I will see what people make of one of my favorite songs.


Who is this woman?
What is she doing?
Where is she?

Just trying to give writers a boost.

Behold! The immortal lady of the woodland. Her divine songs ring in the ears of all and any who have managed to be near to her. She is queen of the hidden forest folk, who only leave the forest for war with a raging battle cry of “ENYAAAAAA!!!” 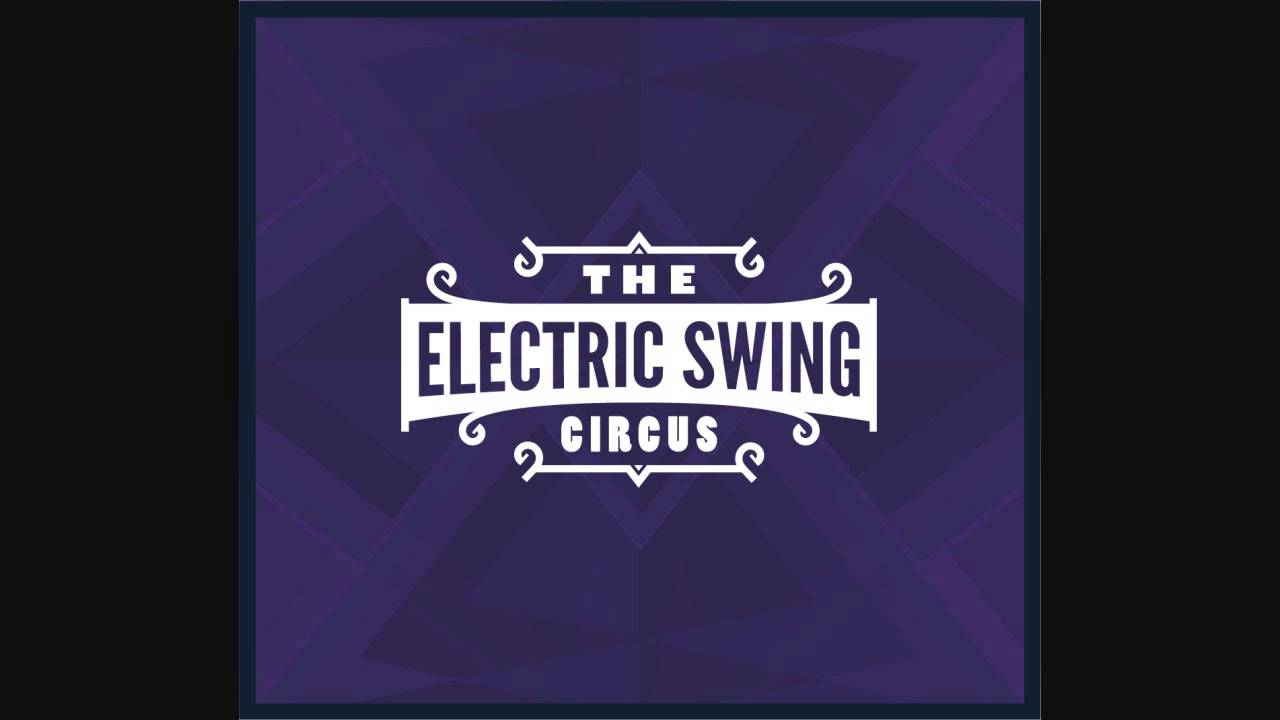 A scruffy, ragged, tramp ambles along a city street. His face is filthy, but it bears a smile. His pockets are empty, but his heart is full of joy. He dances as me moves through the crowded, dirty, streets; whistling merrily as he goes.

“Where falls the king? Hence does he lie? Snow falls, and the mountains cry. Weeping, a kingdom mourns. Red ashes anoint the son of the crown. Heavy, iron souls paid a bloody price. Nature roars the end of time…”

That’s about all I wrote for that song. I listened up until about the part where there’s lyrics? I preferred the part in the begining where there weren’t any. Immediately, I imagined a very Lord of the Rings-eque sort of panorama in cinematic style. It obviously made sense because she did do some work for the Lord of the Rings film, incindentally.

I imagined something very much like this, except more expansive: [:25] CUT TO NEXT: an ominous man with a face obscured by a top hat smiles under the light

[:27] CUT TO NEXT: a walking view of a busy, grey city-square reminiscent of 1900s London. A man dressed in flamboyant red circus-wear is seen in the center calling out to people, but is obscured from plain view by the crowd.

[:28] CUT TO NEXT: face view of a man with an anxious expression as if he is waiting for something he is not all to eager to see.

[:40] SCENE: Violent action is seen. The anxious man from the previous scene is seen punching someone in a dim-lit room, possibly a tavern.

[:43] CUT TO NEXT: A man is seen in a fight being thrown by two other men into some crates. Wood shatters under him.

[:45] FADES TO NEXT SCENE: the ominous smiling man from the beginning is seen again. He is walking down a street from back view. Suddenly, masses of people start running past him. Some are holding torches and other weapons.

[1:00] CUT TO NEXT: The anxious man and other characters seen sitting around, derelict in a basement-like room. Either from defeat or fear.

SCENE: mass chaos ensues. Riots in the streets. People are attacked, and royal police begin to strafe the streets. All the while, the Penniless Optimist relishes the mayhem he has caused.

I’m definitely not sure what I was doing in that one haha. It was written to be like a screenplay for a movie trailer. The only problem being that I don’t know how to write a screenplay. (Don’t worry though, that’s on my list).

I didn’t really have the time, patience, or creativity to fill out the entire song; but that was as much as what came naturally to me. It wasn’t based off any particular WIP of mine, but I did have a lot of fun imagining a somewhat historical yet chaotic setting to a fictional thriller like that – a little bit like The Aetherlight meets Peaky Blinders.

Anyway, maybe we’ll revisit this in the future.
I feel bad about abandoning my own thread haha.

Well done! Now, do you have a song for us to interpret?

Tell us the tale of Iceglint Castle.

The desert moon shone down on the white tent below. From within came the glow of a lantern. A young man, haggard and wild-eyed gazed almost blankly at an ancient map. It was real, they were all real.

They had called him insane.

They had sent him away.

He would show them all. He would prove to the world he was right. The Cities of Legend were real. Shangri La, El Dorado, Atlantis, they were all real, and they held wonders beyond imagination. A wealth of knowledge, a treasure in ancient technology, to say nothing of boundless riches, and it would all belong to him. 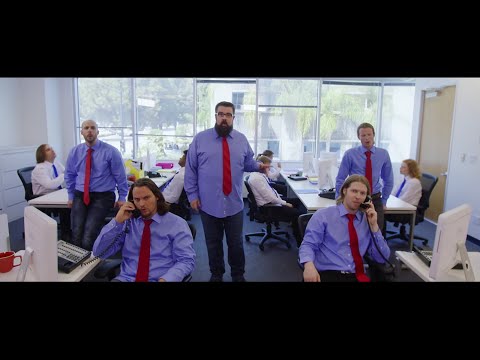 Night was falling over the Dark Elf Dominion. The castle of the Lord Argoroth, the Dread Kingslayer, stood black and spiky against the sunset. Past the lava moat, the massive walls, and the other defenses, an alarm clock was ringing in one of the more opulent bed chambers. From the curtained bed, a pale hand stretched and smacked the ringing annoyance off the carved, mahogany table. This failing to stop the ringing, a head rose from the tangled rumpled covers. The pointed ears characteristic of dark elves drooped in reluctance as the character groped blindly for the jangling alarm.

He eventually reached it, for it was a he, by falling out of bed and taking half the covers with him. His eyes finally opened revealing them to be red and glaring at the clock. Nine was an infernal hour to begin work, but the boss insisted on it. Slamming the button to stop the alarm, he stumbled to his feet and half-heartedly made his bed. Still not quite awake, the tall figure stumbled towards the door where a very important beverage was waiting. Coffee! Hot, strong, and imported from one of the many lands subjugated by Lord Argoroth. The dark elf gulped it down and straightened with a yawn and a smack of his lips.
“Power in a mug! Where would I be without you?”

Next order of business was a shower bath, provided by the castle’s advanced running water system. It was the best in the world, especially when paired with scented soap. Smell like a king, even if you’re not one, yet. He took up a strand of black, braided, leather and tied back his long, grayish hair. One day, this handsome, brilliant head would hold the crown of the dark elves, and where it sit much better than on that scarred, old, battleaxe.

The young elf glanced briefly in his wardrobe and sighed. One thing that hadn’t improved was the fashion. It was nothing but uniforms these days. Ah well, one must make the best of things. At least his status allowed him a much more elegant dress code. The dark elf’s ears tilted upwards at a self-satisfactory attitude as he secreted the last of his poison daggers on his person. He grinned at himself in the mirror, even giving a knowing wink.

Lieutenant Commander Lupus D’Raven chuckled between his pointed teeth. He’d overthrow the old fool someday and make the Dominion live up to it’s true potential. With a spring in his step, the Commander strided out the door only to run into his favorite person apart from himself.

General Rhysia Steelblood, head of the Dominion’s military forces and reputed to be the most dangerous woman in the world. She was looking good in her uniform with those steel plate accents. She swung her white braid over her shoulder as she stepped out of her room. The Commander smiled at her in greeting. She smiled in return. They walked down the hall together talking of this and that, hopes and dreams, how well the General’s forces were doing on the front. Guards nodded as they passed, even when they came to the door that led to a certain area of the castle basement. The Lieutenant Commander smirked as they went down to visit the dark elves’ “tactical advantage”.

“Good evening, doctor, how are you this lovely night?”

Doctor Coppernight, the mad scientist with the messily mixed blood and a big reason Lord Argoroth had enjoyed so much success. Lupus had lost count of how many different bloods coursed crazily through her veins. At the moment, she was petting one of the dragons that her technology had helped to subdue.

“Well, if it isn’t my two, favorite people in the whole, wide, world. Come in, come in!”

Three pairs of pointed ears perked up as the belltower tolled nine-o-clock. They were officially on the job. Without them, Lord Argoroth would have remained a humble servant of the monarchy. However, they had no intention of remaining his humble servants for much longer. The military dictator worked them nine to five every night, took their genius as his own, and made them suffer through his temper tantrums. Enough was enough. Through fair means or foul, and they were not above using the latter, these would win their freedom.