The Pandora: a FFA role-play set in Space

“Captain Branson is waiting for you in the mess hall.”

“Has Jane woken up yet?”

“It seems that she has been infected with some unknown substance.” 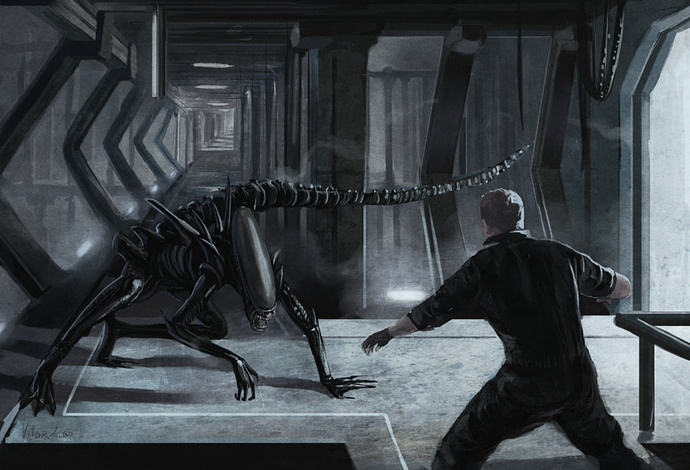 The morning wasn’t a bad one. But Millhouse hadn’t had a morning in at least 13 years anyway.
His body would tell him that no time had passed at all, but the records did not lie. It was a strange feeling that stasis sleep gave you. But that was how it went in space, whether you liked it or not.

The Pandora was by far the largest and most equipped “research” vessel to ever swim the stars. Sent over a decade ago from earth, not just to find life, but to study it. The ship was stocked for two decades of continual habitation, but they could stay longer if they had to.

They had all the time in the world simply because they didn’t have a world anymore. It was such a small galaxy–now they explored new ones.

Millhouse rubbed his eyes. He was hungry, but also nauseous. He decided he’d hit the shower rooms before the mess hall with everyone else. Being in stasis for 13 years could work up an appetite, but if you gotta go, you gotta go. Millhouse found himself wondering how the other crewmembers of his sector were handling their “Awakening”.